Recently I have been reading an excellent book by Carlos Salas, currently the director of the site lainformacion.com. One of those texts essential for any newsroom and for the library of every reporter. With the title, “Manual para escribir como un periodista” (Manual on How to Write Like a Journalist), in its pages he dissects the art of writing headlines, the skills of a good interviewer and the need for research as a prelude at any article. This professional who has devoted decades to narrating reality gives us an agile volume where he shares the knowledge others keep only for themselves.

Wearing my “Salas glasses,” I began a meticulous analysis of the accuracy with which the official media reports the news. I did not have long to wait for the first inconsistency and deficiencies to spring into view.

Throughout the week, the news media reported on the unfortunate story of a group of people poisoned by methyl alcohol. A party in a proletarian neighborhood in Havana that ended in tragedy. Eleven dead and dozens of people affected by ingesting this dangerous substance, it was a sad sequence of lack of control, contraband, the black market, economic precariousness and irresponsibility.

Drama is an inseparable companion of journalism, as those of us who exercise this profession know well. But in the midst of tragedy, we must maintain the ability to discern why the national media treats certain events as so significant, while other news is simply completely silenced.

Almost on a par with the drama of those poisoned by methyl alcohol, was an accident during a Children’s Carnival in Guantanamo. The bleachers gave way and several children were injured, one of them with head trauma. The confusion, chaos and terror that must have resulted from the collapse of this structure in the middle of a celebration are obvious. Why wasn’t such an incident reported both on television and in newspapers across the country? Because in the case of a product stolen from a warehouse and consumed in secret it was citizens who acted illegally? Who bears the responsibility for a badly constructed grandstand at a public event? The State, that omni-proprietor, that judge of everyone… judged by few.

The news of those who died from methyl alcohol is meant to hold the victims up as examples of people who had fallen into such circumstances by violating established norms or because they suffered from an uncontrollable addiction. They always try to put responsibility on the people. The fact that, in a country with a tradition of producing rum, many prefer to buy their beverages on the black market, says more about our national penury than it does about vice. Nevertheless, the official moral was summed up as: This is what happens to the unscrupulous and to drinkers. The victims are doubly victimized.

But in the incident of the bleachers collapse, where children and adults were injured, the official journalists could not assign guilt to the injured. Inevitably, they would have to relate the shoddy work of the state enterprise that built the structure, without any consideration for safety. Or instead, confess that a good part of the materials for the job were embezzled, which presumably caused its weakening and subsequent collapse.

Both episodes, unfortunate and avoidable, point to a widespread and chronic problem in our reality: the need to steal and divert resources to survive. Thus, poverty wages and economic insecurity are the direct cause of these two tragedies. The culprits are not only sellers of illegal alcohol and the workers who take home some screws or pieces of wood, but also the order of things that turns us into criminals to survive.

Follow this link:
Two News Stories, One Focus: If You Can’t Blame the Victim Say Nothing

Building a Home in Cuba, Without Bank Loans, Without Legal Supply Markets 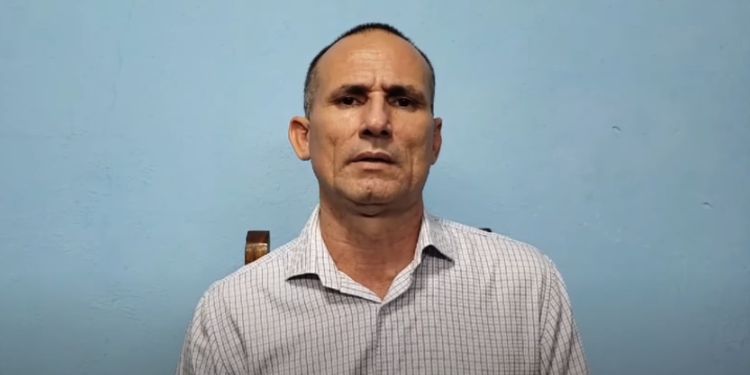 END_OF_DOCUMENT_TOKEN_TO_BE_REPLACED

Who Is Filling Cuba’s University Classrooms?

New students at the University of Havana (14ymedio) Born during the Special Period, they have grown up trapped in the dual currency system, and when they get their degrees Raul Castro will no longer be in power. They are the more than 100,000 young people just starting college throughout the country. Their brief biographies include educational experiments, battles of ideas, and the emergence of new technologies They know more about X-Men than about Elpidio Valdés, and only remember Fidel Castro from old photos and archived documentaries. They are the Wi-Fi kids with their pirate networks, raised with the “packets” of copied shows and illegal satellite dishes 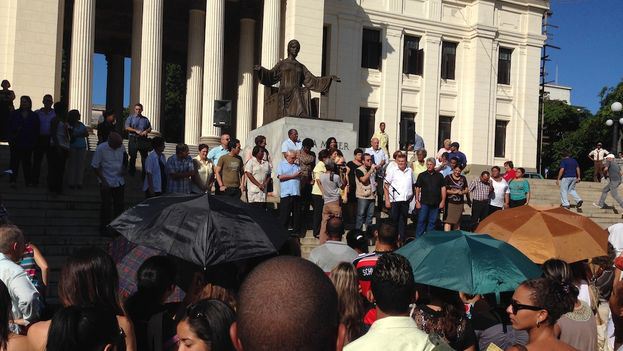 New students at the University of Havana (14ymedio)

Born during the Special Period, they have grown up trapped in the dual currency system, and when they get their degrees Raul Castro will no longer be in power. They are the more than 100,000 young people just starting college throughout the country. Their brief biographies include educational experiments, battles of ideas, and the emergence of new technologies They know more about X-Men than about Elpidio Valdés, and only remember Fidel Castro from old photos and archived documentaries.

They are the Wi-Fi kids with their pirate networks, raised with the “packets” of copied shows and illegal satellite dishes. Some nights they would connect through routers and play strategy video games that made them feel powerful and free. Whoever wants to know them should know that they’ve had “emerging teachers” since elementary school and were taught grammar, math and ideology via television screens. However, they ended up being the least ideological of the Cubans who today inhabit this Island, the most cosmopolitan and with the greatest vision of the future.

On arriving at junior high school they played at throwing around around the obligatory snack of bread while their parents furtively passed their lunches through the school gate. They have a special physical ability, an adaptation that has allowed them to survive the environment; they don’t hear what doesn’t interest them, they close their ears to the harangues of morning assemblies and politicians. They seem lazier than other generations and in reality they are, but in their case this apathy acts like an evolutionary advantage. They’re better than us and will live in a country that has nothing to do with what we were promised.

A few months ago, these same young people, starred in the best known case of school fraud uncovered publicly. Some of those hoping to earn a place in higher education bought the answers to an admissions test. They were used to paying for approval, because they had to turn to private tutors to teach them what they should have learned in the classroom. Many of those who recently enrolled in the university had private teachers starting in elementary school. They are the children of a new emerging class that has used its resources so that their children can reach a desk at the right hand — or the left — of the alma mater.

These young people dressed in uniforms in their earlier grades, but they struggled to differentiate themselves through the length of a shirt, a fringe of bleached hair, or through pants sagging below their hips. They are the children of those who barely had a change of underwear in the nineties, so their parents tried to make sure they didn’t “go through the same thing,” and turned to the black market for their clothes and shoes. They mock the false austerity and, not wanting to look like militants, they love bright shiny colors and name brand outfits.

Yesterday, with the start of the school year, they received a lecture about the attempts of “imperialism to undermine the revolution through its youth.” It was like a faint drizzle running over an impervious surface. The government is right to be worried; these young people who have entered the university will never become good soldiers or fanatics. The clay from which they are made cannot be molded.

Excerpt from:
Who Is Filling Cuba’s University Classrooms?

A Caricature of a Cuban Woman

Woman drinking (14ymedio) 14yMEDIO, Yoani Sanchez, Havana, 22 August 2014 — A woman on national television said that her husband “helps” her with some household chores. To many, the phrase may sound like the highest aspiration of every woman. Another lady asserts that her husband behaves like a “Federated man,” an allusion to the Federation of Cuban Women (FMC), which today is celebrating its 54th anniversary. As for me, on this side of the screen, I feel sorry for them in the face of such meekness 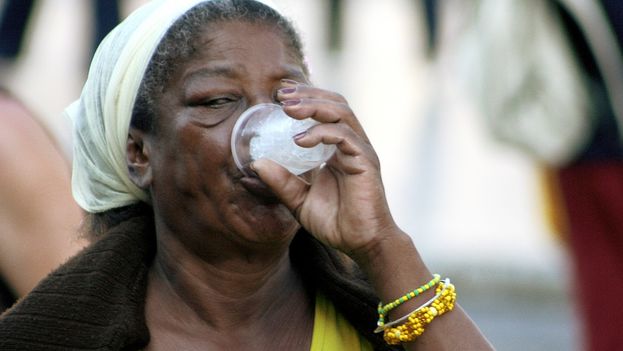 14yMEDIO, Yoani Sanchez, Havana, 22 August 2014 — A woman on national television said that her husband “helps” her with some household chores. To many, the phrase may sound like the highest aspiration of every woman. Another lady asserts that her husband behaves like a “Federated man,” an allusion to the Federation of Cuban Women (FMC), which today is celebrating its 54th anniversary. As for me, on this side of the screen, I feel sorry for them in the face of such meekness. Instead of the urgent demands they should mention, all I hear is this appreciation directed to a power as manly as it is deaf.

It’s not about “helping” to wash a plate or watch the kids, nor tiny illusory gender quotas that hide so much discrimination like a slap. The problem is that economic and political power remains mainly in masculine hands. What percentage of car owners are women? How many acres of land are owned or leased by women. How many Cuban ambassadors on missions abroad wear skirts? Can anyone recite the number of men who request paternity leave to take care of their newborns? How many young men are stopped by the police each day to warn them they can’t walk with a tourist? Who mostly attends the parent meetings at the schools?

Please, don’t try to “put us to sleep” with figures in the style of, “65 percent of our cadres and 50 percent of our grassroots leaders are women.” The only thing this statistic means is that more responsibility falls on our shoulders, which means neither a high decision-making level nor greater rights. At least such a triumphalist phrase clarifies that there are “grassroots leaders,” because we know that decisions at the highest level are made by men who grew up under the precepts that we women are beautiful ornaments to have at hand… always and as long as we keep our mouths shut.

I feel sorry for the docile and timid feminist movement that exists in my country. Ashamed for those ladies with their ridiculous necklaces and abundant makeup who appear in the official media to tell us that “the Cuban woman has been the greatest ally of the Revolution.” Words spoken at the same moment when a company director is sexually harassing his secretary, when a beaten woman can’t get a restraining order against her abusive husband, when a policeman tells the victim of a sexual assault, “Well, with that skirt you’re wearing…” and the government recruits shock troops for an act of repudiation against the Ladies in White.

Women are the sector of the population that has the most reason to shout their displeasure. Because half a century after the founding of the caricature of an organization that is the Federation of Cuban Women, we are neither more free, nor more powerful, nor even more independent.

Follow this link:
A Caricature of a Cuban Woman